The Bloody Story behind the Tooth Fairy

The Bloody Story behind the Tooth Fairy

The Tooth Fairy is “living” proof of that. But while the fairy’s job is limited to trading teeth for money, dental professionals across the world get down to the nitty gritty. Us dental professionals, we are the evolution in dentistry - we churn out new 3D printing solutions year after year, but in the end, the tooth fairy is the only known hero to the general public.

So I’ve made it my job to reveal the dirty past behind the cute idea of a fairy, which was instilled in all of us starting from a young age, and you will see - it’s not all sparkles and fun.

Brace yourself for a story full of rodents, royalty, blood, and revenge. It’s got basically everything needed for the next Hollywood thriller.

...what if I told you that it’s not a fairy who does the job, but a mouse? Would you still be excited then?

While there are various origin stories about the tooth fairy, this one is my absolute favorite. It’s based on a French fairy tale, called  “La bonne petite souris” (which translates to “the good little mouse”). And as of today, not a fairy brings French-speaking kids money, but actually little mice (uuuh, yuck?).

But it gets worse:

The gruesome tale takes place in a land far away, where an evil king takes over a beautiful kingdom filled with incredibly kind subjects. The evil king even goes so far as to lock the beloved queen away. As a smart lady, she calls out for help and is instantly heard by a fairy. Not a regular fairy though, a fairy that can transform into a mouse.

The “mouse”, pledging to avenge the queen, finds the evil king and his entourage and fiercely nibbles away first on his ears, then his face, eventually crawling into his mouth chewing away (I will spare you the details). Eventually, the king’s teeth fall out and are sprawled across the royal bed. His entourage fares no better.

Apparently emboldened by the sudden weakness of their king, the subjects take matters into their own hands and discard the lousy royal, who’s never to be seen again.

And that’s it. The people of this kingdom started worshipping a mouse apparently and now, the poor French-speaking population is stuck with mice invading their home every time their kids lose a tooth. (I only recommend reading the full story to those who have strong stomachs).

Now why exactly we’ve made a habit to replace those lost teeth remains a bit of a mystery.

There’s few stops along history that shed light on the otherwise dark path of the tooth fairy. Some argue that baby teeth were really valuable in the past and used for bartering. Adults allegedly bought baby teeth to replace their own, since oral hygiene didn’t become popular until quite recently. The proof for this theory is not really substantial.

What we know is that the story was translated to English in the 1920s and published in the U.S. Eventually, Disney picked it up and transformed it into a more child-appropriate story (Severe childhood trauma averted - thanks, Walt!)

Today, we are lucky enough to not have to replace extracted teeth with baby teeth. In fact, you can 3D print restorations and implants in less  than one 1 hour by now - especially fast & accurate with SOL by Ackuretta  - making dentists and 3D printing basically the modern tooth fairy. Realistically, the return on investment for 3D printers is also much higher than the constant payments to the tooth fairy. 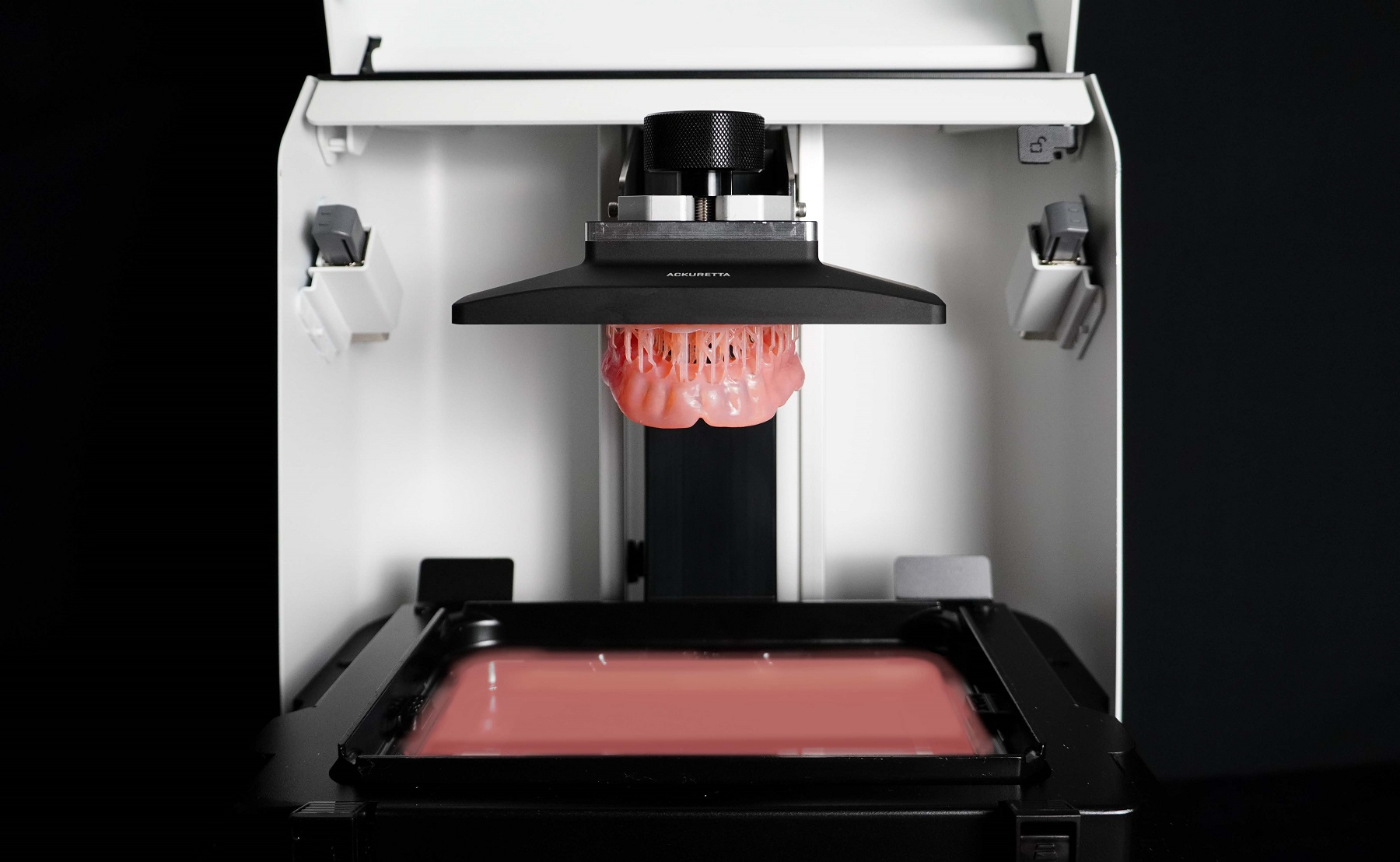 Want to print a whole set of dentures? - No problem, scanning, planning, printing and post processing can be done in less than 3 hours. The tooth fairy has nothing on us. Get SOL today and become a real life fairy.